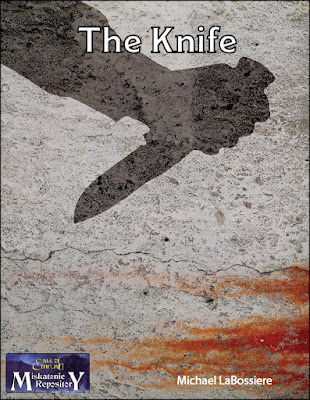 Setting: Modern Day
Product: Scenario
What You Get: 1 MB, 6-page full colour PDF
Elevator Pitch: Murder and possession is knife-tenths of the law in this university town!

Plot Hook: The investigators look into a series of bloody murders as a serial killer goes on a heart-stopping killing spree.
Plot Development: Missing hearts & missing blood; copycat ahoy!; possible prequel to ‘Forget Me Not’ from Things We Leave Behind or an investigation for Saucerwatch from Delta Green?

# Linear
# Keeper may need to develop the victims and minor NPCs