Miskatonic Monday #9: An Invitation in Yellow 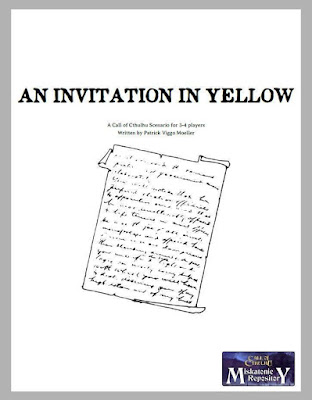 Plot Hook: The investigators are invited to dinner by an old acquaintance who has scientific discoveries of a medical nature to share.
Plot Development: A bad dinner, madness, missing folk, and a frienemy.

# Decent one-session scenario
# Suitable for the new Keeper
Posted by pookie at 11:47