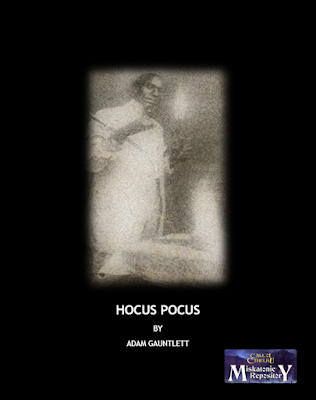 Setting: Jazz Age
Product: Scenario
What You Get: 1.9 MB, 22-page full colour PDF
Elevator Pitch: That cool cat got some moves in a Hoodoo Hoedown.

Plot Hook: The investigators are hired to find out where a wannabe Hoodoo man got his latest and amazingly greatest act from—it is cutting into a better man's bottom line.
Plot Development: A black cat, your numbers are in, Houdini's ex-dive, and a horse's head all under radium's bright glare.