Friday Fantasy: The Touch of the Beast 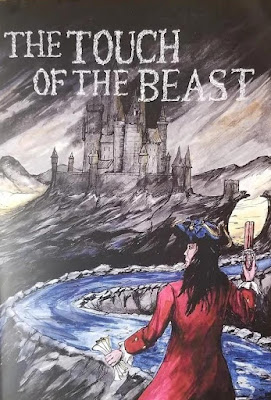 The Touch of the Beast is a low-Level Old School Renaissance scenario published by SoulMuppetPublishing, best known for the retroclone, BestLeft Buried. Inspired by the eighteenth-century French fairy tale, La Belle et la Bête, and the 1991 Walt Disney film, Beauty and the Beast, it is a dark tale of forgotten history and obsessive horror on the eve of the French Revolution. This period setting makes the scenario a little difficult to use in the more traditional fantasy roleplaying of the Old School Renaissance, but there are roleplaying games with which it will work. These include both 17th Century Minimalist and Lamentations of the Flame Princess Weird Fantasy Roleplaying, as well as All For One: Régime Diabolique, though with some difficulty. Further, because The Touch of the Beast is stated up for Basic/Expert Dungeons & Dragons, the scenario is relatively easy to adapt to the retroclone of the Game Master’s choice.

The scenario is set in France in 1789 during the Ancien Régime as the peasants and bourgeoisie of the Third Estate drive the nobility of the Second Estate out of their feudal holdings. Thus, castles and chateaus are being left empty, so ripe for plundering! One such chateau lies outside of the village of Alsace, rumoured to be still left untouched by the villagers and by robbers. It is also rumoured to be occupied by some terrible beast, but no one in these enlightened times believes such twaddle. Two occupants of the village take an interest in both the castle. One is an ex-soldier who wants them to confirm the existence of the castle and determine whether it can safely be plundered, the other is a young woman who claims that the castle and the great beast which resides within its walls are cursed, and that this curse is spreading… She wants an end to this curse before foolish bandits or robbers blunder into the castle and inadvertently unleash the curse on first the villagers, then beyond…

Getting to the castle is an arduous trek through increasingly worsening weather; getting into the castle and wandering around its halls and grounds will prove to be less of a challenge. In fact, the adventurers are free to wander around the castle at will, which seems to be uninhabited, but filled with the signs of it having been inhabited. The furnishings and fittings, decorations, gewgaws and nick-nacks are all indicative of the wealth lavished on the castle and its grounds by the ‘former’ occupant of the castle. The castle—consisting of three storeys—harpsichords, fine wallpaper, fancy dresses, porcelain plumbing, paintings, chandelier, and more. There are odd, even weird things to be found in the castle too, such as a room filled with wax, a thick red carpet which seems to sway in a non-existent breeze, and a wardrobe which spews clothing.

All of this is mapped out storey by storey, but then room by room. So The Touch of the Beast includes a map of the grounds, each of the castle’s three floors, plus its cellars. Then accompanying each entry in the room by room description is an excerpt from the main map showing both the room and its adjacent corridors and rooms. These sub-maps are typically on the same page as the room descriptions, although on occasion they only appear on the opposite page. What this means is that although The Touch of the Beast is perhaps a little cramped in places and a little busy, the Game Master has been given an easy means of tracking the progress of the player characters through the castle and its grounds. In effect, this is not just room by room, corridor by corridor, but page by page, and all this without the need for constant reference back to the main storey maps by the Game Master. On the downside, the likelihood is that The Touch of the Beast would be a much shorter book without this admittedly useful map feature.

Unfortunately, having four separate decks is possibly too much to ask of the Game Master. It is a pity that no other means of handling the inhabitants’ actions is suggested and likewise, it is disappointing that the Game Master is not warned ahead of time of the nature of the set-up which the scenario requires. Also, the grounds of the castle do feel underwritten in comparison to the castle itself, and despite the castle being depicted as having walls and towers, they are not described.

In terms of theme, The Touch of the Beast is based on both the French fairy tale, La Belle et la Bête and the 1991 Walt Disney film, Beauty and the Beast. So yes, there is a curse which can be lifted as per both sources of inspiration, but the main monsters are more inspired by the Walt Disney, being greatly weird and twisted versions. It does seem a pity though that the corridor of grasping arms from 1936 film by Jean Cocteau was not included. In terms of design, The Touch of the Beast echoes a number of classic dungeon designs. Perhaps the earliest is X2 Castle Amber for Expert Dungeons & Dragons with its madhouse feel, but S1 Tomb of Horrors for Advanced Dungeons & Dragons, First Edition follows as a close second for the design of its touch or interfere at your peril, no Saving Throw, you are dead, nature of its traps. It also feels similar to several scenarios for Lamentations of the Flame Princess Weird Fantasy Roleplaying in that devices from other times and places can be found within the walls of the castle.

Physically, The Touch of the Beast is scrappily presented and does need an edit in places. It could also have been better organised—especially at the start—to help the Game Master prepare the scenario. The artwork though, is decent, and the cartography is big and easy to read. It is also clear that some thought has been put into organising the maps and room descriptions to make the scenario easy to run.

The Touch of the Beast is a fairly simple scenario, more weird and creepy rather than out and out horror. The combination of its period setting and use of familiar fairy tale as inspiration serves to make it accessible—though the scenario does lay a trap or two for anyone who is too familiar—but not necessarily easy to use in a campaign or setting. That said, the scenario is relatively easy to adapt to a Game Master’s campaign or setting of her choosing.
Posted by pookie at 12:00