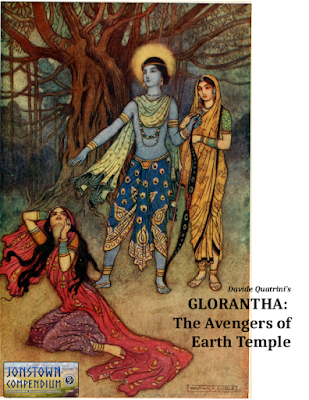 What is it?
GLORANTHA: The Avengers of Earth Temple is a scenario for use with RuneQuest: Roleplaying in Glorantha.

The layout is clean and tidy. It is art free, but the cartography is reasonable.

Where is it set?
GLORANTHA: The Avengers of Earth Temple is set in Swenstown in Sartar.

Who do you play?Player Characters of all types could play this scenario, but an Ernalda worshipper or priestess many want to become involved, whilst any Chaos-hating character or character capable of fighting Chaos will be useful.