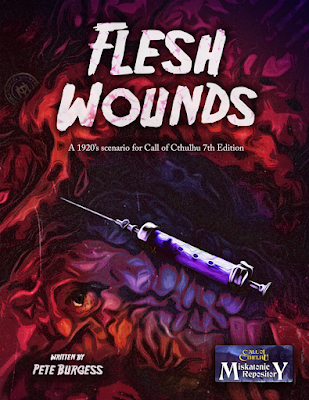 Conclusion
# Blood-splattered horror in the halls of Miskatonic University in a superbly laid-out and grisly illustrated sequel to H.P. Lovecraft’s ‘Herbert West: Reanimator’
# Science versus SCIENCE! in a deadly night of action horror.
Posted by pookie at 18:00