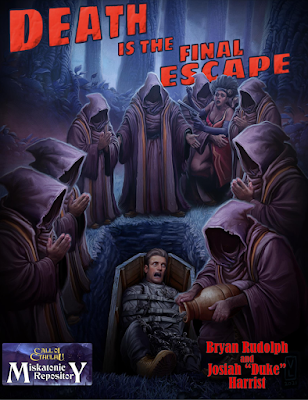 Cons
# Needs a slight edit
# Vaudevillian villain
Conclusion
# Classic investigative Call of Cthulhu scenario set in New England
# Well developed professional scenario in which the Investigators encounter a cult that is much more than just evil for the sake of it.
Posted by pookie at 12:00