The gaming magazine is dead. After all, when was the last time that you were able to purchase a gaming magazine at your nearest newsagent? Games Workshop’s White Dwarf is of course the exception, but it has been over a decade since Dragon appeared in print. However, in more recent times, the hobby has found other means to bring the magazine format to the market. Digitally, of course, but publishers have also created their own in-house titles and sold them direct or through distribution. Another vehicle has been Kickststarter.com, which has allowed amateurs to write, create, fund, and publish titles of their own, much like the fanzines of Kickstarter’s ZineQuest. The resulting titles are not fanzines though, being longer, tackling broader subject matters, and more professional in terms of their layout and design. 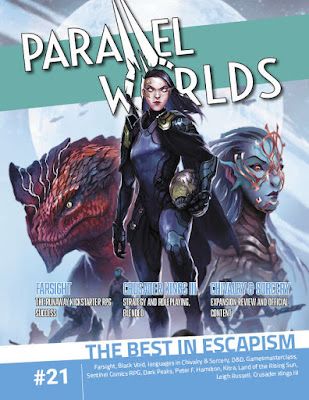