Jonstown Jottings #74: A Lamp for Esrola 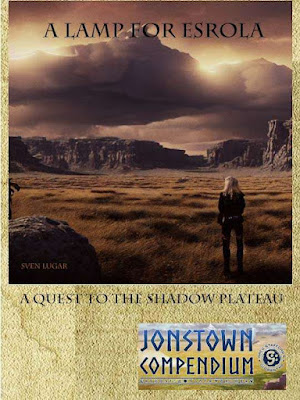 What is it?
A Lamp for Esrola is a scenario for use with RuneQuest: Roleplaying in Glorantha.

The layout is clean and tidy. Both artwork and cartography are decent.

Where is it set?
A Lamp for Esrola is set in the Holy Country, beginning in Nochet and taking the Player Characters to the Shadow Plateau and back again.