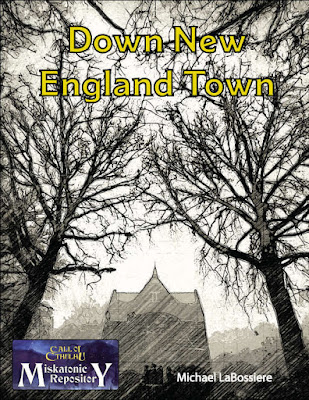 Conclusion
# Solid addition to any ghoul campaign
# Scope to play up the horror movie aspects
# Roleplaying investigation needs development
Posted by pookie at 12:00