Jonstown Jottings #30: The Troupe of Terror 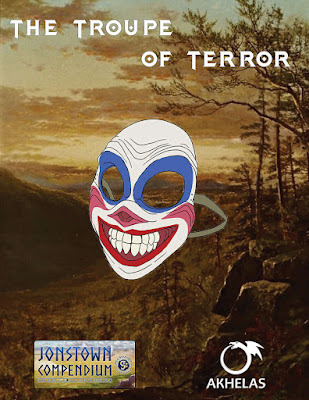 What is it?
Monster of the Month #10: The Troupe of Terror presents a band of ‘occluded’ entertainers prepared to delight and dine anywhere for use with RuneQuest: Roleplaying in Glorantha.
It is an thirteen-page, full colour, 1.24 MB PDF.
The layout is clean and tidy, and the illustrations good. It needs a slight edit.