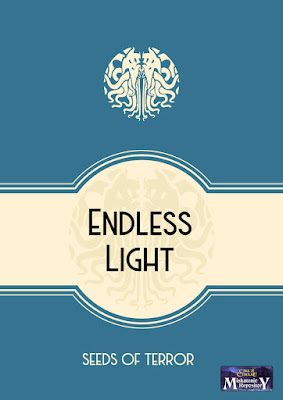 Cons
# Potential Sanity gains potentially outweigh the losses?
# Needs a careful read for preparation
# Needs some stats creating before play
# Another ‘trapped on a lighthouse’ set-up?
# Investigator interaction hooks and relationships could have enhanced the tension.
Conclusion
# Great production values
# Relatively low set-up time
# Taut twist upon the ‘trapped on a lighthouse’ set-up
Posted by pookie at 12:00