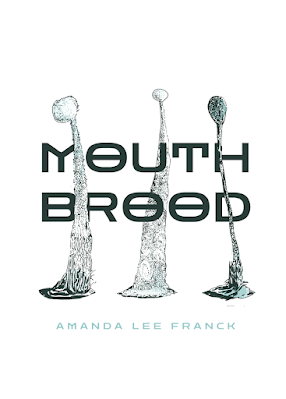 Mouth Brood is an exploratory horror scenario set in the wilds of Canada in the Yukon on the Kaskwulsh Glacier. Here a strange discovery has been made—a great biodome jutting out of the ice, revealed no doubt due to the effects of global warming and the melting of the glacier. Buried here for millennia, the biodome has clear walls, but what is inside is hidden by leaves and mist and smears of algae. There is though, something moving inside. Clicking and humming and crying. Thousands of things. Millions of things. Are they alien? Are they vestiges of a prior epoch? Are they the results of an abandoned biological project—corporate or governmental? With the discovery of the biodome, Astralem Biotech has been sent a biologists to enter the structure, investigate and catalogue its contents, and above all, return with five live specimens with promises of a bonus for each extra one brought back. What will the team discover? Is it safe? Is it dangerous? Will the team survive?
As with other scenarios from Games Omnivorous, Mouth Brood is a system agnostic scenario, but unlike previous scenarios—The Feast on Titanhead, and The Seed, but like Cabin Risotto Fever before it, this scenario takes place in the modern world rather than a fantasy one. Where Cabin Risotto Fever was set in northern Canada in 1949, the setting for Mouth Brood is the Canada of the here and now—although it does not have to be. As a module, Mouth Brood combines Science Fiction and Horror in its investigation, and like the other titles in the ‘Manifestus Omnivorous’ series is systems-agnostic. Although a modicum of stats is provided to suit a Dungeons & Dragons-style roleplaying game, Mouth Brood would work with, and be easy to adapt to any number of modern or Science Fiction roleplaying games. These include Call of Cthulhu, Seventh Edition or Chill, third Edition, as well as Alien: The Roleplaying Game, Traveller, and MOTHERSHIP Sci-Fi Horror Roleplaying Game. The point is, Mouth Brood need not be set in Canada, it could be shifted to the Antarctic or the Himalayas, or it could even shifted off world entirely, say to Mars or even to a planet in a different system (although that would break one of its rules listed below, but nevertheless, the possibility is there). Its set-up is simple, flexible, and easy for the Game Master to adjust as necessary. However, just like The Feast on Titanhead, The Seed, and Cabin Risotto Fever before it, Mouth Brood adheres to the Manifestus Omnivorous, the ten points of which are:

As we have come to expect for scenarios from Games Omnivorous, Mouth Brood adheres to all ten rules. It is an adventure, it is system agnostic, it takes place on Earth, it has one location, it has the one monster (though like the older scenarios, those others that appear are extensions of it), it includes both Saprophagy—the obtaining of nutrients through the consumption of decomposing dead plant or animal biomass—and Osteophagy—the practice of animals, usually herbivores, consuming bones, it involves a voracious eater, the word count is not high—the scenario only runs to twenty-eight pages, and it is presented in two colours—in this case, a dark green and greenish-blue over snowy white. Lastly, where previous entries in the series have exhibited Rule #10, it is debatable whether or or not Mouth Brood fails to exhibit good taste—though perhaps that may ultimately be up to how the players and their characters react to it.

The scenario is self-contained detailing a biodome and its almost fizzing, swarming ecology filled with strange creatures that the intruding Player Characters—or indeed anyone—will have never seen before. It consists of the outer cover with a map of the biodome on the inside, descriptions of its locations layered out over three levels, from the Undergrowth up through the Canopy to the Emergent, plus a lengthy Bestiary of some eighteen creatures and species. Like all Manifestus Omnivorous titles, it is bound with an elastic band and thus all of the pages can be separated. The advice for the Game Master is to use the Undergrowth, Canopy, and Emergent pages as a screen, and refer to the pages of the Bestiary during play. There is a set-up too, that of Astralem Biotech team, and there are notes on the roles, gear, and advantages of the Expedition Leader, Ecologist, Micro-biologist, and the Bio-Mathematician. These can be copied and given to the players, but the Game Master can also use them as prompts to create pre-generated Player Characters for the roleplaying game of her choice.

Mouth Brood is also a hex-crawl—though very much a mini-hex-crawl, there being seven locations for each of the biodome’s three levels (Undergrowth, Canopy, and Emergent). Each of the hexes is given a thumbnail description, but the bulk of Mouth Brood, twenty-four pages out of its thirty-six, is devoted to its Bestiary. Each entry is accorded a fantastic illustration, a description, a table of things it is doing or is being done to it, and details of what it is doing when observed. They lifeforms of all sorts, such as Acris Motorium, a semi-mobile plant with acrid acid for its sap; the similarly motile Cryptostoma Dilitatus, a swarm-like organism which can contract and spread, and stings in proportional response to contact with it; and the Velox Sanguinus, the brachial apex predator with two sets of jaws, one in its swiveling head, the other in its belly. There is something quite verdant, fetid, and even feverish about the inventiveness of all of these creatures, which could be taken from the pages of Mouth Brood and used elsewhere if the Game Master so desired.

Mouth Brood is primarily a setting, a small environment awaiting the intrusion of the Player Characters, the creatures and species in the biodome reacting to their invasive presence. There is a slight here, that of the biological team collecting samples (and a bit more), but as an exploratory scenario and a hexcrawl scenario, Mouth Brood is very much player driven, the Game Master having to the extensive ecology react to them for much their Player Characters’ explorations. In some ways, this does require a fair bit of preparation upon the part of the Game Master, who has to understand how each of the different species will react to the Player Characters’ presence and actions. In terms of play, there will be a lot of movement and then just being still and observing, such there is almost something sedentary to the scenario. That will probably change once the Player Characters come to the notice of the biodome’s predators. If using pre-generated Player Characters, the Game Master might also want to add some storyhooks and relationships to them, not only to encourage interaction, but also to ramp up the tension when the dangers of the ecology within the biodome become apparent.

Physically, as with the other titles in the  Manifestus Omnivorous series, Mouth Brood is very nicely presented. The cover is sturdy card, whilst the pages are of a thick paper stock, giving the book a lovely feel in the hand. The scenario is decently written, if a little spare in places, but the artwork is excellent and when shown to the players, should have them exclaiming, Ugh what’s that?”, at just about every entry in the Bestiary.

Inspired by films such as Annihilation and Roadside Picnic, Mouth Brood presents a hellishly febrile ecological unknown, its self-contained nature suggesting that its horror is all inside, when ultimately, the true horror is realising the consequences of what would happen if it were outside…