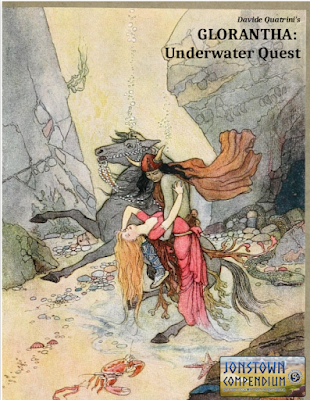 What is it?
GLORANTHA: Underwater Quest is a scenario for use with RuneQuest: Roleplaying in Glorantha.

The layout is clean and tidy. It is art free, but the cartography is excellent.