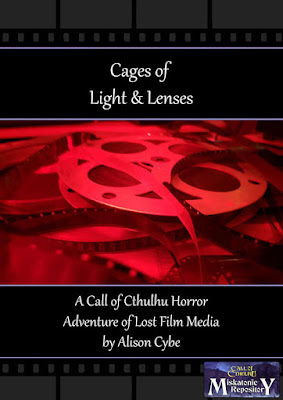 Name: Cages of Light & Lenses - A Call of Cthulhu adventure of lost film

Conclusion
# Engaging introduction and theme
# Underdeveloped, but plenty of Cold War-horror potential
# The King in Yellow, but in reverse?
Posted by pookie at 12:00